Your Butlers will...
Learn more >

Butlers in the Buff are recruiting nationwide… 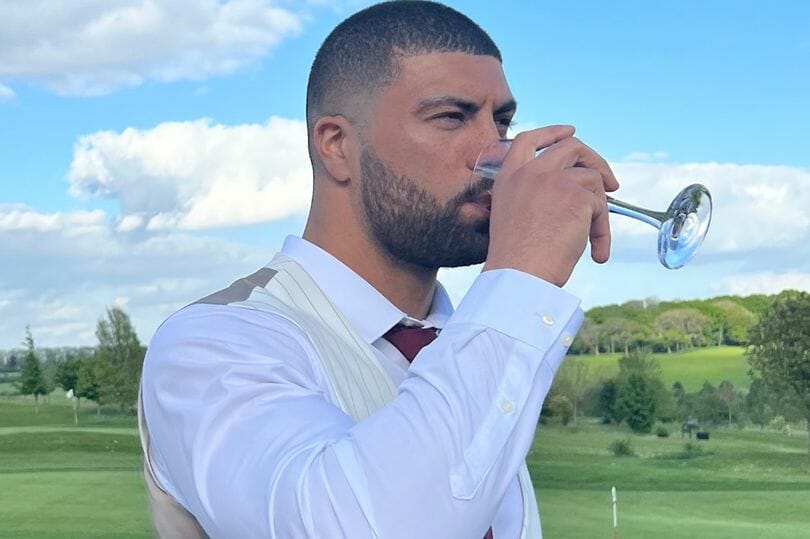 Butler in the Buff says his job allows him to “work hard while playing hard” earning £60 an hour serving guests. Blade Siddiqi wears nothing but an apron and bowtie for his job as a butler in the buff.

A salesman by day, the fitness fanatic now reveals his muscular 6ft 4in physique at up to four parties a day at weekends, in his second job. He says fun-loving Brits are making up for lost time by letting their hair down whenever possible. 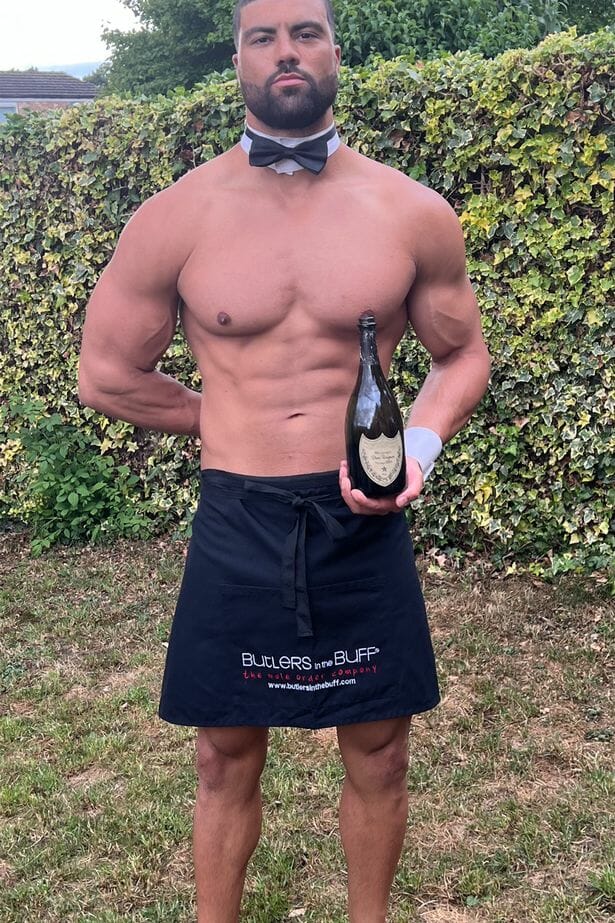 The 27-year-old tops up his main income with around £10k a year from his naked side hustle – performed mostly in the hot summer months – baring his bottom to partygoers at hotels, bed and breakfasts and even a care home. And he says he is inundated with work after covid closed gyms which left many other former naked butlers unable to work out so they quit the job.

Blade, of Stevenage, Hertfordshire, who started in his raunchy role five years ago and lives with a fellow naked butler pal, said: “This really is the best job in the world. We’re always in this fun and flirty environment.

“It pays well and I work really hard on my body, so getting compliments is also an added bonus. I have been doing this for so long now that I don’t even really realise that I am naked and my bum’s on show. But it’s all just a bit of fun.”

He added: “Doing this job means I’ve had to put serious relationships on the side, as it can be really complicated as I’m surrounded by women and I’m also always busy working on the weekend.” And since last summer, Blade has been inundated with requests for his sexy services.

Signed up with Butlers in the Buff, a company which has specialised in providing naked valets for events for 21 years, he said that, post Covid, they have seen an unprecedented demand. Blade said: “I’ve never had to work as much as I have in the past year.

“At weekends, I’ve done up to four parties in a single day. Since Covid it’s gone a bit crazy – partly as there are less people doing it and partly as everyone’s having fun again. It’s almost felt like a full-time job.”

He added: “My housemate and I have found there’s been a backlog of social events, like weddings and parties, that were postponed because of Covid. Now they are all coming through and there is such a massive demand for us that we’re struggling to keep up with the bookings.

“I am at a point now where I have to decline events, because I have so much on. The demand for naked butlers is pretty massive.”

Blade, who works out six days a week and eats 5,000 calories a day to maintain his impressive physique, said many butlers were forced to “retire” as their bodies were no longer in shape due to gyms closing in lockdown. Others found new jobs as bookings stopped because of social distancing.

But Blade, who is also a salesman and works at a warehouse, would recommend the “work hard while playing hard” job to anyone. Making around £60 an hour for his nude endeavours, he said: “I get financial rewards and great compliments. What’s not to like?”

He added: “I had an event once where myself and another butler had to race to eat melted chocolate from one of the guest’s legs, up to her waist. That was quite interesting!

“Then we switched roles and the guests licked the chocolate off my legs!”

Despite naked butlers seeing a rapid rise in popularity because of Magic Mike, in which a male stripper teaches a young performer how to party, pick up women and make easy money, Blade is keen to stress that he does not strip. His role is simply to keep guests entertained and to bring energy to the event, by playing games that can sometimes be “a bit raunchy.”

These include things like ‘pop the cherry,’ where guests can drink shots off his body with some whipped cream, as well as a host of drinking games. He said: “The job is just really fun and my role is to make sure everyone has the best time.

“Every butler has their own style and I have developed my own routine over the years. I try to get a few games going to introduce everyone, then we have some funny stories.”

He added: “But I always try to surprise the bride to be or birthday lady by making an entrance. Whatever we do, though, my apron stays on!”

In another game, a plaster is stuck on Blade’s body and guests are blindfolded while they try to find it. Still, despite all the fun, he takes his role very seriously and makes sure he is always in great shape as he is a consummate professional.

While many think it’s all about entertainment, Blade insists it’s like any job he does which requires time and commitment. He said: “I have always been on a five or six day workout routine, once in the morning and once in the evening.”

He added: “I also only eat clean food. No refined sugars, no processed food, no Big Macs or sausage rolls. For me it’s really important to do the job well and be professional with everything I do.”

While his routine is demanding, Blade says being a butler in the buff is non-stop fun. He said: “I will know when the time comes for me to stop doing this.

“It will be if I started a business or if something else I am more passionate about takes over. But as long as my abs hold out, I don’t see myself hanging up my apron any time soon!” 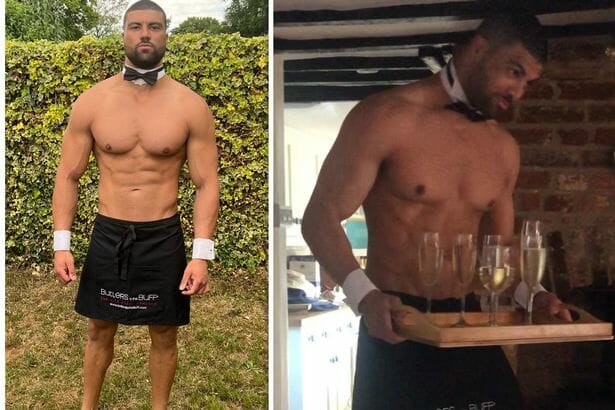 Get Quote
The Butlers are waiting to serve you! Get a Quote
Sign up to get free party games & latest deals from us